You can expect an extra boost in your tax refund this year, as the Senate has passed the three-stage tax cut package earlier this month. The package will see $158 billion worth of personal income tax cuts passed on to taxpayers, with the goal to provide a much-needed short-term rise in economic growth and consumer spending. Depending on your income bracket, you could see as much as $1080 extra in your 2019 tax return. 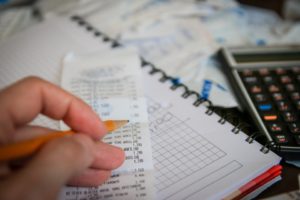 Whether or not you will receive the tax cut will depend on your income bracket. Close to 4.5 million Australians workers are set to receive the $1080 payment, while more than 10 million will receive some sort of other tax offset.

The payment will be applied when you lodge your 2019 tax return. The Australian Tax Office have stated that it will automatically apply the tax cut to those who have already lodged their tax return for this year.

The tax cut package will be rolled out in three phases.

The first stage of the plan will deliver up to $1080 to low and middle-income earners when they lodge their tax returns in coming months.

For more information or to schedule an appointment, please contact us below or call us on 1300 627 829